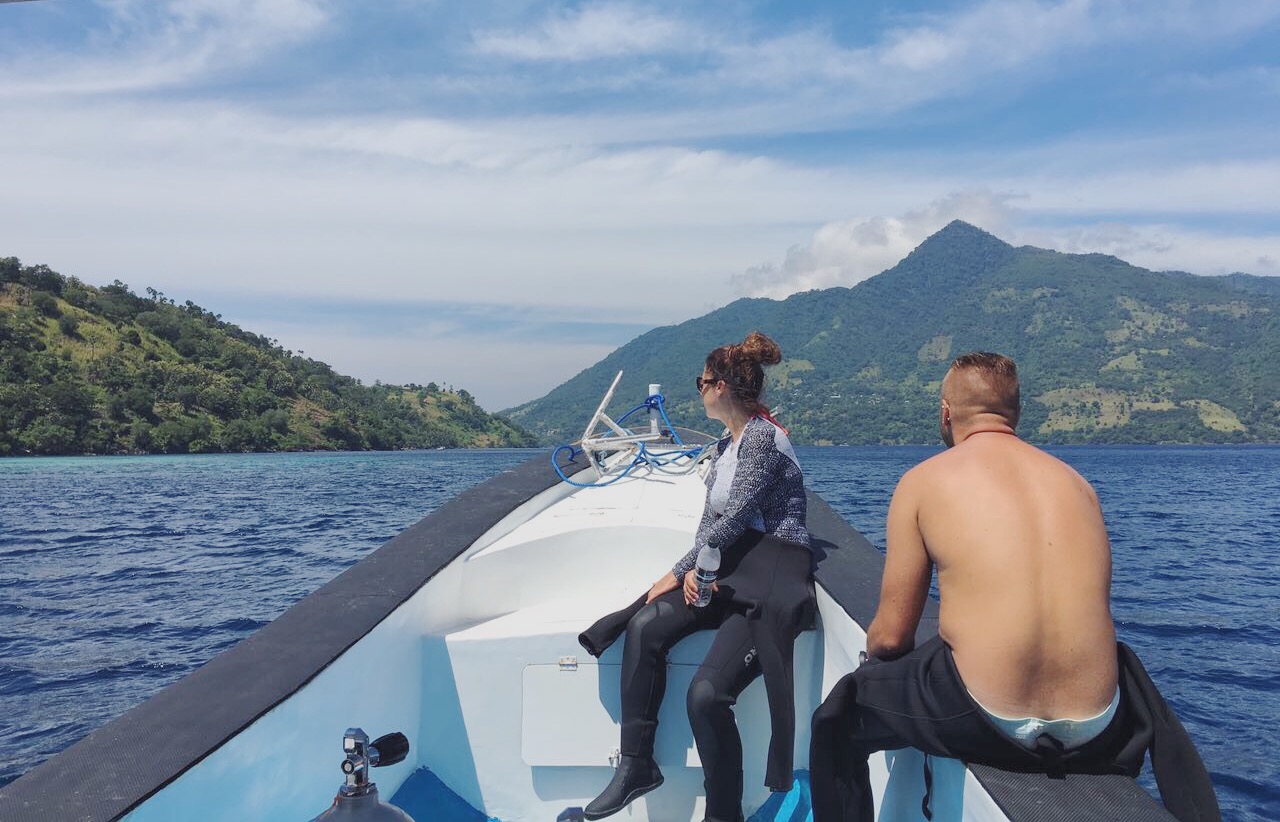 You might be wondering when is the best time to diving in Alor? If you are looking for the best season to dive in Alor, we would suggest that you come to Alor after February until mid of December. Because during late December until February, it is a rain season in Alor. People usually called it Monsoon season. The weather would not be good to diving, and most of dive operators in Alor also are NOT running during that time.

Like this year, the sun started to come on early March. We were able to bring our guests since two weeks ago. Although still not the best weather now, but the weather is getting better. We already serve three groups of diver in March with no complain of weather. 🙂

Had the absolute pleasure of diving with @air.dive off of Alor Island, Indonesia 🇮🇩. Truly the best diving I've experienced and the most amazing dive team. Thank you #airdivealor for the memorable dive experience!! 🐡🐟🐠🦀🦑🦐🐬🌊 #diving #alorisland #indonesia #travel #traveldiaries #openwater

Marcus enjoyed himself between the dives 😁

And you know what’s best? Beside happy divers with smiles, when we jumped in our first dive with our new boat Kanaloa, we saw this gentle giant!

First day out with Kanaloa, even a whaleshark come to say hi! 😀 🎥: @acionk Ps: forgive the screaming and laughing underwater, our crew are just too excited.

However, you can dive in Alor all year round, but the best conditions are from March to December, with October and November being the months when current is most prevalent. Outside of that time, the surface conditions can be unsettled and there is greater chance of rain and reduced visibility. However, although the chance of such disturbances are higher at this time, the weather is usually pretty settled and many scuba divers visit at any time of the year and enjoy great conditions.

Water temperatures vary from a low of around 25°C (March to April and October to November) to 31/32°C from May to September, which is the southeast monsoon period. During this period the normally good visibility of around 25-30m can drop to 15m or less due to plankton blooms.

Additionally, Alor is well known for its muck diving which means conditions and the seasonal movement of creatures do not really affect the diving. Pegasus sea moths, mimic octopus and sea horses don’t travel very far. Larger animals that might put in an appearance include Whale Shark, Orcas (Killer Whales) and Sunfish (aka Mola Mola). September is the best time to spot Mola Mola*.

When scuba divers talk about wanting to get away to a remote location in the middle of nowhere and do some amazing diving then this is what they mean. Alor, a small island north of West Timor in Eastern Indonesia, offers dives which are absolutely world class and it is a long, long way from the office. Superb macro life, coral and benthic diversity, and schooling fish are the main attractions in Alor. An unusual and excellent bonus of diving here is the likelihood of spotting pilot whales and dolphins from your dive boat.

So, if you’re keen to take this adventure, come and join us! Diving in Alor, East Nusa Tenggara, Indonesia.